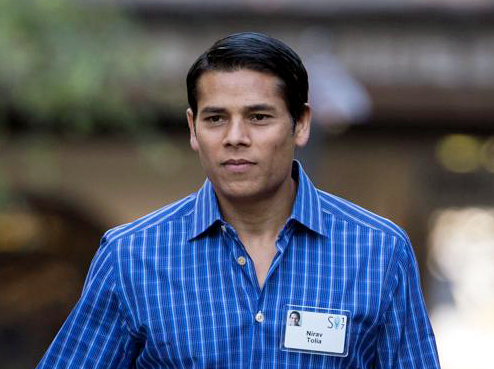 Nirav Tolia, a co-founder and the current CEO of the social media website and platform called NextDoor has decided to step down. On July 25, 2018, Tolia sent his staff an email that dictated his decision to start looking for a replacement for CEO so that he could move to a more “active” role as a chairman of the board (once the new higher is made and settled). During an interview with Recode, Tolia was quoted as saying:

“I think if you’re lucky as a founder, you build your company to a point where it makes sense to find a proven operator to take that company to the next level. That’s where we are.” – Nirav Tolia, Co-Founder of NextDoor

In the tech world, changing the executive staff of what was once a startup is a major step forward towards becoming a highly-profitable company/corporation. All too often, companies do not even turn a profit until they’ve reached this point. The reasoning behind these switches is often cited (by the higher-ups in companies at least) as being directly related to bringing in operational staff that has already proven themselves in the industry. According to Tolia, NextDoor is finally at that point. However, these changes are not always the harbingers of positive change. All too often, these staff changes can bring about unwanted and negative cultural and momentum-based changes. These kinds of momentum-shifting moments can be either the death or the lifeblood of modern technology companies.

Cultural Changes May be a Good Thing for NextDoor

The easiest way to think of the network is Facebook for your neighborhood. NextDoor connects people that live in the same neighborhood and allows them to advertise to each other, set up social events, and provide information on yard sales, etc. While the idea behind the social media network of NextDoor is altruistic, the application of the network can often be problematic and ripe with groupthink and negative politics. The biggest problem, currently, is racial profiling. Since NextDoor is not moderated any further than location verification, it is all too easy for users to take advantage of their lack of policing. Perhaps the change in CEO and operational staff at NextDoor could signify a positive change to this one glaring negative aspect of the social network.

Is This a Sign that NextDoor Will Make in IPO Anytime Soon?

Often, changing the executive staff and moving founders to more directorial roles in a company is a major sign that the company is moving towards making an IPO (Initial Public Offer). If NextDoor makes an IPO, then the company will be publicly traded (stocks will be sold to individuals). However, Tolia has said that as of right now NextDoor does not plan on making an IPO.
Get A Free Web Marketing Analysis
Awesome team of professionals. I highly recommend Tony and his team for Content, SEO and Website related expertise.
Connect with us!

Domain Authority – What is it and How to Improve it

Google Search Console – What it Tells You

Marketing Your Essential Business
Could Your Company Benefit From Review Marketing?
Fill Out the Form for a Free Analysis
Contact Us
Call (866) 714-5511 or fill out this form today to receive a free analysis